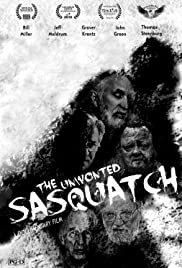 Starting with a scientific argument in regards to the Sasquatches and Bigfoot issue, this film covers the chronological history of the creature from ancient to present day. Researchers and scientists cover the hardest questions in regards to proving this creature is real. Looking at photographic, video, and scientific fact based trace evidence from credible encounters with these creatures. What was it related to in the fossil record? We analyze the fossil evidence compared to eye witness accounts of the creature which may still exist today. Bill Miller and Thomas Steenburg uncover the harsh truths about why this creature won’t be taken seriously by the mainstream scientific community and provide evidence that we are dealing with an intelligent animal. Stories and dramatic explanations about some of the more credible encounters follow. The question of whether these creatures exist should be well proven by the time the film has concluded.