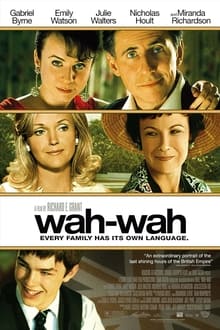 Set at the end of the 1960s, as Swaziland is about to receive independence from United Kingdom, the film follows the young Ralph Compton, at 12, through his parents’ traumatic separation, till he’s 14. The film is largely based on Richard E. Grant’s own experiences as a teenager in Swaziland, where his father was head of education for the British government administration.