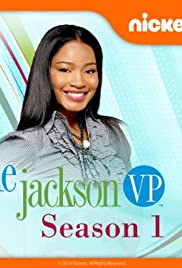 True Jackson, VP is an American television sitcom that aired on Nickelodeon from November 8, 2008 to August 20, 2011. The series starred Keke Palmer, Ashley Argota, Matt Shively, Danielle Bisutti, Greg Proops, Robbie Amell and Ron Butler. The theme song was written by Toby Gad and Keke Palmer and is performed by Palmer. The series was shot in front of a live studio audience, which is mentioned at the start of each episode.

The pilot episode garnered 4.8 million viewers on its first airing and set network records among kids 6-11, adolescents 9-14 and several other demos, airing after the iCarly three-part episode “iGo to Japan” The show premiered on Nickelodeon UK on May 25, 2009 and on Nickelodeon Latin America on August 3, 2009.

The one-hour episode entitled “Mystery in Peru” completed the 34 ordered episodes for season 2, after it aired on August 20, 2011. Keke Palmer posted a video on her YouTube account and posted on her blog confirming that “Mystery in Peru” is the series finale.