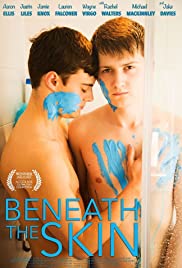 After his family falls apart Joshua (writer/co-director/star Aaron Ellis) is forced to move to Canada. It is there he meets Jay (Justin Liles), a local tattoo artist who fled the violent actions of his parents back home in Alabama. Both young men, abandoned and lonely in their own way, find themselves falling for one another… until a pair of high school brats intrude on the boys’ growing relationship. This LGBT film has won numerous awards at film festivals, including Best LGBT Feature Film at the Accolade Competition and the Independent Filmmakers Showcase IFS Film Festival, as well as Best Leading Actor and Narrative Feature at the IndieFEST Film Awards.